I don’t know how or when I first “met” Ashley Warren. I think it was likely when I asked her if I could review The Executioner’s Daughter (an excellent solo Dungeons & Dragons adventure). Since then I have reviewed another of her adventures, read/played others, and simply watched on in fascination at her accomplishments as they continue rolling in. It’s great watching people you admire become successful. It’s even better when those people handle it with genuine grace and humility. Here’s a creator who sets the bar where it concerns equanimity as far as I’m concerned.

I’m Ashley Warren and I’m originally from the Bay Area, although I currently live in Reno, Nevada. I’ve worked in some aspect of communications, writing, and education for more than 10 years now. Aside from ttRPGs, I love to write, knit, garden, cook, and travel with my husband, Andrew.

I’ve been a geek my whole life, but didn’t get into tabletop gaming until I was an adult. I have had a lifelong passion for theater and fantasy/science fiction, so I’ve always had Dungeons & Dragons on my radar because it’s a great blend of those. I am fortunate that a close friend of mine has been a DM for many years and offered to run a campaign for us a few years ago. I’ve been hooked ever since. I find it to be a very satisfying way to experience stories with my friends.

I’ve always been a writer, both personally and professionally. When I began to read campaign books, I wanted to try my hand at creating short adventures. I’m a storyteller at heart and I love that I also get to be the creative director of my adventures. Getting to write and design an adventure all by myself seemed right up my alley. So I just jumped in!

Was your goal to become an adept or did things just sort of fall into place once you kept selling great adventures?

Funny enough I didn’t even know anything about the Guild Adept program when I was invited to become a part of it. I still felt very new to publishing on DMs Guild and didn’t know all that was possible. So it certainly wasn’t a goal or something I aspired to; it happened organically. I feel very fortunate that Chris Lindsay, the founder of the Guild Adept program, took an interest in my work and has been such an advocate for me professionally. Being a Guild Adept opened up a lot of doors for me.

The Uncaged project is intriguing. Could you tell us about that and, if you don’t mind, how it came together?

Uncaged is an adventure collection of myth—and folklore—retellings. Each adventure features a female creature from mythology, including medusas, hags, and harpies (and much more). I had shared the idea on Twitter in July 2018 and it kind of just took off; I received a flood of submissions that I was unprepared for. More than 100 creators from around the world came together to make four volumes. Three volumes are currently out in both hardcover and digital editions and we’re almost finished with the fourth volume. It’s a special project that has brought many new voices into the ttRPG publishing community.

Around the time that I became a Guild Adept, I started getting a lot of commission work and my adventure writing career was taking off. Because of this, I got a lot of emails every week from aspiring creators asking how to get started. My background is in education—I have a Master’s degree in literacy studies, and much of my research was on working with writers—and thought that the community could benefit from an e-course or learning resource. So I put together a month-long email course about writing a one-shot adventure and the course unexpectedly took off. The same thing happened with Uncaged; I thought these ideas would draw a dozen people, but they both ended up drawing hundreds of people. The workshop is now a full e-course and we’re building out our course catalog. Our fourth full “Write Your First Adventure” workshop is underway. We now have more than 2,000 writers in the workshop community.

I’m always proud to see projects I facilitate become jumping-off points for other writers. Many Uncaged contributors and RPG Writer Workshop participants have gone on to professionally in the tabletop gaming industry, which is an amazing outcome. I was also really excited that both Uncaged Volume I and “The Executioner’s Daughter” were nominated for ENnie awards this year. Those are both projects that I took a big creative risk on, so it’s been validating that they have been so well-received by the community.

This year in particular has been a roller coaster: the highs have been amazing and the lows have been devastating. The lowest points were usually related to burnout. Facilitating large projects like Uncaged and the Workshop takes a lot out of me and some days it took everything I had to power through and work on them. Because these are projects that I’ve founded, I feel personally responsible for everything that goes on with every aspect. I’ve just internalized a lot of stress from carrying these projects on my back and I’ve learned how to separate the work from my identity. I’m very passionate about both, but that’s just the reality of being a project lead. I’ve also tried to delegate more and recruit people to help take some of the weight off.

What advice would you give to aspiring writers (fiction and RPG)?

It’s really in your best interest to start small and finish a small project before tackling bigger ideas. A lot of new writers go all-in on writing a full novel or campaign as their first ever writing project and then get burnt out almost immediately. If you finish one small piece at a time, you can work up to the bigger ones. Finishing a project is motivating. You don’t have to be any less ambitious with your ideas; it’s just a mental shift that I think makes writing a lot more approachable. I also recommend not talking a lot about your idea/project until it’s at least halfway finished. I see time and time again that writers tell the world that they are writing a book, but then never actually work on or finish that book. Telling people about it is the easy part; actually doing the work is hard. Seek validation and praise after making progress. I promise it’s much more fulfilling that way, because the good feelings of accomplishment last longer.

I do think that D&D 5e resonates with people for a reason. It’s also a game that I’m especially passionate about, and I think it’s approachable to new players.

An Uncaged volume, Bluebeard’s Bride, and the Night Witches. Clearly feminism is a common theme in all of these. I love dark fantasy stories that feature women characters.

I have a lot of projects in the works that are currently under NDA so I can’t share too much. I can say that I will be working on another anthology project in 2020. I’ll also be releasing my full solo adventure trilogy, Tribunal, which features the ENnie-nominated solo adventure, “The Executioner’s Daughter.” In early-to-mid 2020, I’m hoping to release my in-progress angels-and-demons DnD 5e campaign, A Requiem of Wings, that I’ve been retooling to be a companion campaign to Descent into Avernus. I’m a cast member on Tales from the Mists, the classic Ravenloft show on Wizard of the Coast’s official Twitch channel, and our third season returns in early 2020. And of course, the RPG Writer Workshop continues to expand. I spent all of 2019 working on collaborative projects so I’m excited to spend 2020 working once again on my independent projects.

Jessica Ross is a longtime friend of mine and a writer I’ve been fortunate to collaborate with on numerous projects. She has quite a few DriveThruRPG and DMs Guild titles to her name, but is also currently working as a narrative designer for Play Multiverse which is doing some really cool things with tabletop RPGs and technology.

Good people deserve good things. Ashley gets what she deserves. Her leadership and empowerment is impressive and I suspect she’s a long way from being finished. I almost got burnout just from reading about what nearly drove her to burnout. I can’t imagine how she handles her workload and maintains her sanity. But I’m glad she does!

The interior art was by Gwendy Bee from Tera Hooper’s adventure. All cover illustrations by Samantha Darcy. 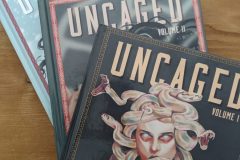 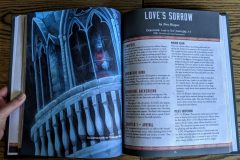 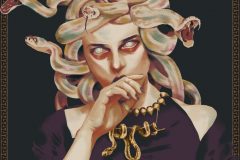 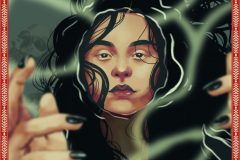 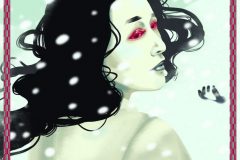